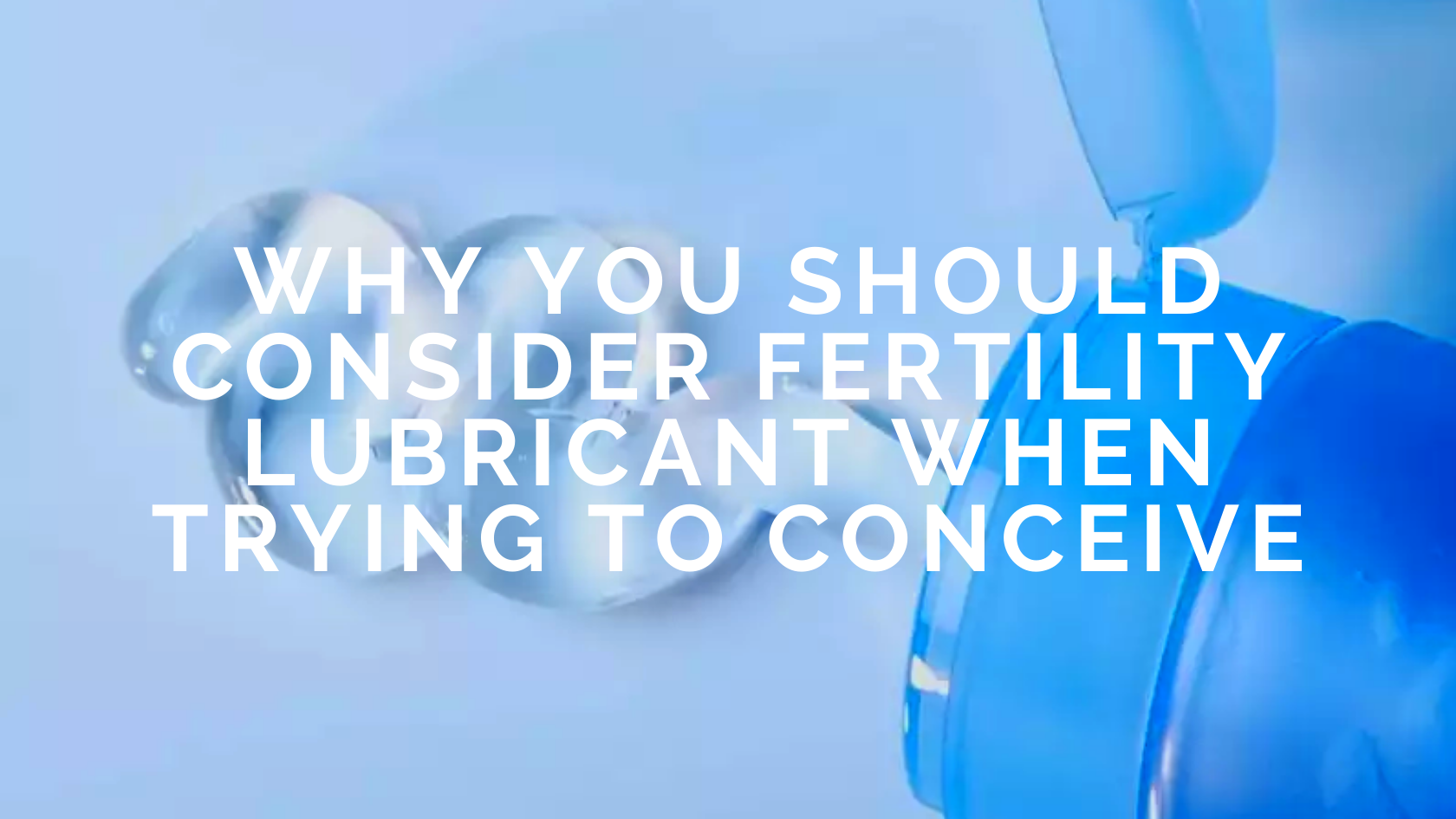 Before you start trying to conceive, get to know your body. If you’re on a hormonal form of birth control, this can be difficult because it creates an artificial cycle. If you can, get off of your birth control a few months before you start to try so that you can track your natural cycle. One of my friends reported that she conceived her son right after getting off of the pill. If that’s you, congratulations! Many women, however, have found that it takes a few months to conceive. There are so many factors involved, from narrowing down the days when you’re ovulating, to the recommended positions, to which vaginal products are safe for sperm (sorry, Summer’s Eve).

Many women have reported an increase in vaginal dryness while trying to conceive, turning a once fun activity into an uncomfortable chore. Ideally, a woman’s fertile fluids will be nice and viscous right before and during ovulation, but that’s not the case with everyone. And sometimes your body’s natural lube just isn’t enough. As a result, many couples use vaginal lubricants to make the process more pleasant. Unfortunately, a study in The National Institutes of Health on how the use of typical lubricants effect fertility noted that sperm can become immotile after being exposed to a lubricant for just fifteen minutes. Sperm motility refers to the sperm’s ability to move properly through a woman’s reproductive tract in order to reach its goal. It also mentioned that 26% of couples use lubricants while trying to conceive, due to an increase in vaginal dryness. Enter: fertility lubricant. Finally, you can have your cake and eat it, too!

Pre-Seed is a lubricant for conception that is reported to be the number one fertility-friendly personal lubricant. It’s isotonic and pH balanced to mimic your natural cervical mucus, so it feels natural when you use it. And it was invented by a female sperm physiology scientist who realized that many TTC couples were making a huge mistake by using your standard KY or other lubricants during sex. Amazon is littered with glowing reviews for Pre-Seed. Some users reported that they had tried for months—even years—to have a baby, but then conceived after just one cycle of trying with Pre-Seed. The main criticism of this product was that a little goes a long way, and that you needn’t use quite as much per session as the bottle suggests.

Conceive Plus is another popular lubricant for conception. It contains a patented formula designed by Harvard doctors, with calcium and magnesium to support the fertilization process. It’s also pH balanced, isotonic and matches the viscosity of fertile fluids. However, while several reviewers did conceive after using this product, at least two reviewers reported contracting yeast infections after use. One user posted a glowing review only to revise it later on, admitting that she had had a chemical pregnancy. Users also noted that, unlike Pre-Seed, Conceive Plus dries out quickly and requires multiple applications.

According to another study featuring ten sperm samples and nine different fertility lubricants, Pre-Seed came out on top with 92% vitality and 86% motility. Conceive Plus ranked second overall. Since bringing a little bundle of joy into the world takes work, why not make the process more pleasant? Choose a lubricant that will increase your chances of fertility, and may the odds be ever in your favour.

The Baby and You Blog

Our simple and short blog posts will keep you in the loop about everything to do with pregnancy and ovulation.